,
Goodreads helps you follow your favorite authors. Be the first to learn about new releases!
Start by following Isaac Asimov.
Follow Author

669 likes
Like
“If knowledge can create problems, it is not through ignorance that we can solve them.”
― Isaac Asimov
594 likes
Like
“It is the obvious which is so difficult to see most of the time. People say 'It's as plain as the nose on your face.' But how much of the nose on your face can you see, unless someone holds a mirror up to you?”
― Isaac Asimov, I, Robot
tags: common-sense, perspective, philosophers
569 likes
Like
“Imagine the people who believe such things and who are not ashamed to ignore, totally, all the patient findings of thinking minds through all the centuries since the Bible was written. And it is these ignorant people, the most uneducated, the most unimaginative, the most unthinking among us, who would make themselves the guides and leaders of us all; who would force their feeble and childish beliefs on us; who would invade our schools and libraries and homes. I personally resent it bitterly.”
― Isaac Asimov, The Roving Mind
tags: belief, bible, bitter, childish, childish-beliefs, guide, guides, home, ignorance, ignore, imagine, invade, leader, leaders, library, resentment, school, science, shame, the-bible, thought, uneducated, unimaginative, unthinking, writing
510 likes
Like
“A number of years ago, when I was a freshly-appointed instructor, I met, for the first time, a certain eminent historian of science. At the time I could only regard him with tolerant condescension.

I was sorry of the man who, it seemed to me, was forced to hover about the edges of science. He was compelled to shiver endlessly in the outskirts, getting only feeble warmth from the distant sun of science- in-progress; while I, just beginning my research, was bathed in the heady liquid heat up at the very center of the glow.

In a lifetime of being wrong at many a point, I was never more wrong. It was I, not he, who was wandering in the periphery. It was he, not I, who lived in the blaze.

I had fallen victim to the fallacy of the 'growing edge;' the belief that only the very frontier of scientific advance counted; that everything that had been left behind by that advance was faded and dead.

But is that true? Because a tree in spring buds and comes greenly into leaf, are those leaves therefore the tree? If the newborn twigs and their leaves were all that existed, they would form a vague halo of green suspended in mid-air, but surely that is not the tree. The leaves, by themselves, are no more than trivial fluttering decoration. It is the trunk and limbs that give the tree its grandeur and the leaves themselves their meaning.

There is not a discovery in science, however revolutionary, however sparkling with insight, that does not arise out of what went before. 'If I have seen further than other men,' said Isaac Newton, 'it is because I have stood on the shoulders of giants.”
― Isaac Asimov, Adding a Dimension: Seventeen Essays on the History of Science


tags: condescension, discovery, fallacy, historian-of-science, history-of-science, horror, isaac-newton, newton, research, science
432 likes
Like
“Creationists make it sound as though a 'theory' is something you dreamt up after being drunk all night.”
― Isaac Asimov
404 likes
Like
“Intelligence is an accident of evolution, and not necessarily an advantage.”
― Isaac Asimov
tags: intelligence
364 likes
Like
“We now know the basic rules governing the universe, together with the gravitational interrelationships of its gross components, as shown in the theory of relativity worked out between 1905 and 1916. We also know the basic rules governing the subatomic particles and their interrelationships, since these are very neatly described by the quantum theory worked out between 1900 and 1930. What's more, we have found that the galaxies and clusters of galaxies are the basic units of the physical universe, as discovered between 1920 and 1930.

...The young specialist in English Lit, having quoted me, went on to lecture me severely on the fact that in every century people have thought they understood the universe at last, and in every century they were proved to be wrong. It follows that the one thing we can say about our modern 'knowledge' is that it is wrong...

The basic trouble, you see, is that people think that 'right' and 'wrong' are absolute; that everything that isn't perfectly and completely right is totally and equally wrong.

However, I don't think that's so. It seems to me that right and wrong are fuzzy concepts, and I will devote this essay to an explanation of why I think so.

When my friend the English literature expert tells me that in every century scientists think they have worked out the universe and are always wrong, what I want to know is how wrong are they? Are they always wrong to the same degree?”
― Isaac Asimov

tags: expert, knowledge, literature, science
327 likes
Like
“To surrender to ignorance and call it God has always been premature, and it remains premature today.”
― Isaac Asimov
tags: religion, science, willful-ignorance
322 likes
Like
“You must keep sending work out; you must never let a manuscript do nothing but eat its head off in a drawer. You send that work out again and again, while you're working on another one. If you have talent, you will receive some measure of success - but only if you persist.”
― Isaac Asimov
tags: persistence, writing
301 likes
Like
“I received the fundamentals of my education in school, but that was not enough. My real education, the superstructure, the details, the true architecture, I got out of the public library. For an impoverished child whose family could not afford to buy books, the library was the open door to wonder and achievement, and I can never be sufficiently grateful that I had the wit to charge through that door and make the most of it. Now, when I read constantly about the way in which library funds are being cut and cut, I can only think that the door is closing and that American society has found one more way to destroy itself.”
― Isaac Asimov, I. Asimov: A Memoir
tags: education, library
300 likes
Like
“They won't listen. Do you know why? Because they have certain fixed notions about the past. Any change would be blasphemy in their eyes, even if it were the truth. They don't want the truth; they want their traditions.”
― Isaac Asimov, Pebble in the Sky
tags: epistemology
289 likes
Like
“I am not a speed reader. I am a speed understander.”
― Isaac Asimov
276 likes
Like
“I prefer rationalism to atheism. The question of God and other objects-of-faith are outside reason and play no part in rationalism, thus you don't have to waste your time in either attacking or defending.”
― Isaac Asimov
274 likes
Like

All Quotes | Add A Quote

We’d love your help. Let us know what’s wrong with this preview of Foundation and Empire by Isaac Asimov.

We’d love your help. Let us know what’s wrong with this preview of Second Foundation by Isaac Asimov. 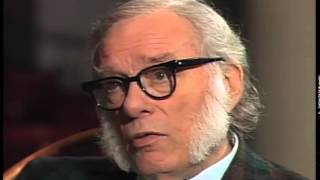