Goodreads helps you follow your favorite authors. Be the first to learn about new releases!
Start by following Mikhail Lermontov.
Follow Author

tags: وجودية
25 likes
Like
“So? If I die, then I die! The loss to the world won’t be great. Yes, and I’m fairly bored with myself already. I am like a man who is yawning at a ball, whose reason for not going home to bed is only that his carriage hasn’t arrived yet. But the carriage is ready . . . farewell!
I run through the memory of my past in its entirety and can’t help asking myself: Why have I lived? For what purpose was I born? . . .
There probably was one once, and I probably did have a lofty calling, because I feel a boundless strength in my soul . . .
But I didn’t divine this calling. I was carried away with the baits of passion, empty and unrewarding. I came out of their crucible as hard and cold as iron, but I had lost forever the ardor for noble aspirations, the best flower of life.
Since then, how many times have I played the role of the ax in the hands of fate! Like an instrument of execution, I fell on the head of doomed martyrs, often without malice, always without regret . . .
My love never brought anyone happiness, because I never sacrificed anything for those I loved: I loved for myself, for my personal pleasure.
I was simply satisfying a strange need of the heart, with greediness, swallowing their feelings, their joys, their suffering—and was never sated. Just as a man, tormented by hunger, goes to sleep in exhaustion and dreams of sumptuous dishes and sparkling wine before him. He devours the airy gifts of his imagination with rapture, and he feels easier. But as soon as he wakes: the dream disappears . . . and all that remains is hunger and despair redoubled!
And, maybe, I will die tomorrow! . . . And not one being on this earth will have ever understood me totally. Some thought of me as worse, some as better, than I actually am . . . Some will say “he was a good fellow,” others will say I was a swine. Both one and the other would be wrong.
Given this, does it seem worth the effort to live? And yet, you live, out of curiosity, always wanting something new . . . Amusing and vexing!”
― Mikhail Lermontov, A Hero of Our Time

We’d love your help. Let us know what’s wrong with this preview of A Hero of Our Time by Mikhail Lermontov.

Preview — A Hero of Our Time by Mikhail Lermontov 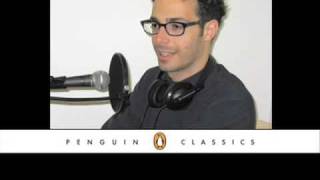