Goodreads helps you follow your favorite authors. Be the first to learn about new releases!
Start by following Suzanne Collins.
Follow Author

tags: katniss, rue, song
8664 likes
Like
“I'm coming back into focus when Caesar asks him if he has a girlfriend back home. Peeta hesitates, then gives an unconvincing shake of his head.

Handsome lad like you. There must be some special girl. Come on, what’s her name?" says Caesar.

Peeta sighs. "Well, there is this one girl. I’ve had a crush on her ever since I can remember. But I’m pretty sure she didn’t know I was alive until the reaping."

Sounds of sympathy from the crowd. Unrequited love they can relate to.

She have another fellow?" asks Caesar.

I don’t know, but a lot of boys like her," says Peeta.

So, here’s what you do. You win, you go home. She can’t turn you down then, eh?" says Caesar encouragingly.

I don’t think it’s going to work out. Winning...won’t help in my case," says Peeta.

Why ever not?" says Caesar, mystified.

Oh, let’s see. I guess the first day of school. We were five. You had on a red plaid dress and your hair...it was in two braids instead of one. My father pointed you out when we were waiting to line up."

He said, ‘See that little girl? I wanted to marry her mother, but she ran off with a coal miner.'"

What? You’re making that up!"

No, true story. And I said, 'A coal miner? Why did she want a coal miner if she could’ve had you?' And he said, 'Because when he sings...even the birds stop to listen.”
― Suzanne Collins, The Hunger Games

3454 likes
Like
“May the odds be ever in your favor!”
― Suzanne Collins, The Hunger Games
tags: benediction
3096 likes
Like
“Really, the combination of the scabs and the ointment looks hideous. I can't help enjoying his distress.
"Poor Finnick. Is this the first time in your life you haven't looked pretty?" I say.
"It must be. The sensation's completely new. How have you managed it all these years?" he asks.
"Just avoid mirrors. You'll forget about it," I say.
"Not if I keep looking at you," he says.”
― Suzanne Collins, Catching Fire

tags: catching-fire, finnick, hunger-games, katniss, mirror, pretty
3088 likes
Like
“I always channel my emotions into my work. That way, I don't hurt anyone but myself.”
― Suzanne Collins, Catching Fire
tags: cinna
3084 likes
Like

We’d love your help. Let us know what’s wrong with this preview of The Hunger Games by Suzanne Collins.

We’d love your help. Let us know what’s wrong with this preview of Catching Fire by Suzanne Collins.

We’d love your help. Let us know what’s wrong with this preview of Mockingjay by Suzanne Collins. 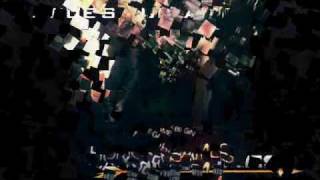