Goodreads helps you follow your favorite authors. Be the first to learn about new releases!
Start by following Bill Hicks.
Follow Author

“Today a young man on acid realized that all matter is merely energy condensed to a slow vibration, that we are all one consciousness experiencing itself subjectively, there is no such thing as death, life is only a dream, and we are the imagination of ourselves. Heres Tom with the Weather.”
― Bill Hicks
tags: humour, philosophy
1536 likes
Like
“I'm tired of this back-slappin' "isn't humanity neat" bullshit. We're a virus with shoes.”
― Bill Hicks
tags: humor, humour, misanthropy
839 likes
Like
“They lie about marijuana. Tell you pot-smoking makes you unmotivated. Lie! When you're high, you can do everything you normally do just as well — you just realize that it's not worth the fucking effort. There is a difference.”
― Bill Hicks
tags: drugs, humor
799 likes
Like
“If you want to understand a society, take a good look at the drugs it uses. And what can this tell you about American culture? Well, look at the drugs we use. Except for pharmaceutical poison, there are essentially only two drugs that Western civilization tolerates: Caffeine from Monday to Friday to energize you enough to make you a productive member of society, and alcohol from Friday to Monday to keep you too stupid to figure out the prison that you are living in.”
― Bill Hicks
tags: alcohol, america, drugs
581 likes
Like
“The world is like a ride in an amusement park, and when you choose to go on it you think it's real because that's how powerful our minds are. The ride goes up and down, around and around, it has thrills and chills, and it's very brightly colored, and it's very loud, and it's fun for a while. Many people have been on the ride a long time, and they begin to wonder, "Hey, is this real, or is this just a ride?" And other people have remembered, and they come back to us and say, "Hey, don't worry; don't be afraid, ever, because this is just a ride." And we … kill those people. "Shut him up! I've got a lot invested in this ride, shut him up! Look at my furrows of worry, look at my big bank account, and my family. This has to be real." It's just a ride. But we always kill the good guys who try and tell us that, you ever notice that? And let the demons run amok … But it doesn't matter, because it's just a ride. And we can change it any time we want. It's only a choice. No effort, no work, no job, no savings of money. Just a simple choice, right now, between fear and love. The eyes of fear want you to put bigger locks on your doors, buy guns, close yourself off. The eyes of love instead see all of us as one. Here's what we can do to change the world, right now, to a better ride. Take all that money we spend on weapons and defenses each year and instead spend it feeding and clothing and educating the poor of the world, which it would pay for many times over, not one human being excluded, and we could explore space, together, both inner and outer, forever, in peace.”
― Bill Hicks
543 likes
Like
“I believe that there is an equality to all humanity. We all suck.”
― Bill Hicks
tags: humor, humour, misanthropy, perspective
458 likes
Like
“I'm glad mushrooms are against the law, because I took them one time, and you know what happened to me? I laid in a field of green grass for four hours going, "My God! I love everything." Yeah, now if that isn't a hazard to our country … how are we gonna justify arms dealing when we realize that we're all one?”
― Bill Hicks
tags: drugs, humor, politics
440 likes
Like
“Here is my final point...About drugs, about alcohol, about pornography...What business is it of yours what I do, read, buy, see, or take into my body as long as I do not harm another human being on this planet? And for those who are having a little moral dilemma in your head about how to answer that question, I'll answer it for you. NONE of your fucking business. Take that to the bank, cash it, and go fucking on a vacation out of my life.”
― Bill Hicks
432 likes
Like
“Watching television is like taking black spray paint to your third eye.”
― Bill Hicks
tags: imagination, intuition, television
413 likes
Like
“The whole image is that eternal suffering awaits anyone who questions God's infinite love. That's the message we're brought up with, isn't it? Believe or die! Thank you, forgiving Lord, for all those options.”
― Bill Hicks
tags: atheism, belief, damnation, death, eternal-suffering, forgiving, hell, humor, infinite-love, lord, love, message, options, question, suffering
402 likes
Like
“We all pay for life with death, so everything in between should be free.”
― Bill Hicks
tags: humor, inspiration
383 likes
Like
“I was in Nashville, Tennessee last year. After the show I went to a Waffle House. I'm not proud of it, I was hungry. And I'm alone, I'm eating and I'm reading a book, right? Waitress walks over to me: 'Hey, whatcha readin' for?' Isn't that the weirdest fuckin' question you've ever heard? Not what am I reading, but what am I reading FOR? Well, goddamnit, ya stumped me! Why do I read? Well . . . hmmm...I dunno...I guess I read for a lot of reasons and the main one is so I don't end up being a fuckin' waffle waitress.”
― Bill Hicks
tags: nashville, reading, tennessee, waffle, waffles
334 likes
Like
“I loved when Bush came out and said, 'We are losing the war against drugs.'

You know what that implies? There's a war being fought, and the people on drugs are winning it.”
― Bill Hicks

tags: bill-hicks, drugs
324 likes
Like
“Folks, it's time to evolve. That's why we're troubled. You know why our institutions are failing us, the church, the state, everything's failing? It's because, um – they're no longer relevant. We're supposed to keep evolving. Evolution did not end with us growing opposable thumbs. You do know that, right?”
― Bill Hicks
tags: evolution, humor, spirituality
317 likes
Like
“The world is like a ride in an amusement park. And when you choose to go on it you think it's real because that's how powerful our minds are. And the ride goes up and down and round and round. It has thrills and chills and it's very brightly coloured and it's very loud and it's fun, for a while. Some people have been on the ride for a long time and they begin to question: "Is this real, or is this just a ride?" And other people have remembered, and they come back to us, they say, "Hey, don't worry, don't be afraid, ever, because this is just a ride." And we kill those people.”
― Bill Hicks
295 likes
Like
“This is where we are at right now, as a whole. No one is left out of the loop. We are experiencing a reality based on a thin veneer of lies and illusions. A world where greed is our God and wisdom is sin, where division is key and unity is fantasy, where the ego-driven cleverness of the mind is praised, rather than the intelligence of the heart.”
― Bill Hicks
278 likes
Like
“Go back to bed, America. Your government has figured out how it all transpired. Go back to bed, America. Your government is in control again. Here. Here's American Gladiators. Watch this, shut up. Go back to bed, America. Here is American Gladiators. Here is 56 channels of it! Watch these pituitary retards bang their fucking skulls together and congratulate you on living in the land of freedom. Here you go, America! You are free to do what we tell you! You are free to do what we tell you!”
― Bill Hicks
tags: america, humor, politics, society
269 likes
Like
“Why is marijuana against the law? It grows naturally upon our planet. Doesn’t the idea of making nature against the law seem to you a bit . . . unnatural?”
― Bill Hicks
tags: marijuana
237 likes
Like
“The worst kind of non-smokers are the ones that come up to you and cough. That's pretty fucking cruel isn't it? Do you go up to cripples and dance too?”
― Bill Hicks
232 likes
Like
“It's always funny until someone gets hurt.

Then it's just hilarious.”
― Bill Hicks

We’d love your help. Let us know what’s wrong with this preview of Love All the People by Bill Hicks.

Preview — Love All the People by Bill Hicks

The Wit and Wisdom of Bill Hicks
14 ratings

We’d love your help. Let us know what’s wrong with this preview of The Leadership Manifesto by Bill Hicks. 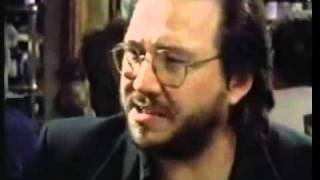