Goodreads helps you follow your favorite authors. Be the first to learn about new releases!
Start by following Michael Talbot.
Follow Author

1 likes
Like
“More and more the picture of reality Bohm was developing was not one in which subatomic particles were separate from one another and moving through the void of space, but one in which all things were part of an unbroken web and embedded in a space that was as real and rich with process as the matter that moved through it.”
― Michael Talbot, The Holographic Universe
1 likes
Like
“Jahn and Dunne believe that since all
known physical processes possess a wave/particle duality, it is not
unreasonable to assume that consciousness does as well. When it is
particlelike, consciousness would appear to be localized in our heads,
but in its wavelike aspect, consciousness, like all wave phenomena,
could also produce remote influence effects. They believe one of these
remote influence effects is PK.”
― Michael Talbot, The Holographic Universe

If our universe is only a pale shadow of a deeper order, what else lies hidden, enfolded in the warp and weft of our reality? Bohm has a suggestion. According to our current understanding of physics, every region of space is awash with different kinds of fields composed of waves of varying lengths. Each wave always has at least some energy. When physicists calculate the minimum amount of energy a wave can possess, they find that every cubic centimeter of empty space contains more energy than the total energy of all the matter in the known universe! Some physicists refuse to take this calculation seriously and believe it must somehow be in error. Bohm thinks this infinite ocean of energy does exist and tells us at least a little about the vast and hidden nature of the implicate order. He feels most physicists ignore the existence of this enormous ocean of energy because, like fish who are unaware of the water in which they swim, they have been taught to focus primarily on objects embedded in the ocean, on matter.”
― Michael Talbot, The Holographic Universe

1 likes
Like
“Bohm believes the same is true at our own level of existence. Space is not empty. It is full, a plenum as opposed to a vacuum, and is the ground for the existence of everything, including ourselves. The universe is not separate from this cosmic sea of energy, it is a ripple on its surface, a comparatively small "pattern of excitation" in the midst of an unimaginably vast ocean. "This excitation pattern is relatively autonomous and gives rise to approximately recurrent, stable and separable projections into a three-dimensional explicate order of manifestation, " states Bohm.1 2 In other words, despite its apparent materiality and enormous size, the universe does not exist in and of itself, but is the stepchild of something far vaster and more ineffable. More than that, it is not even a major production of this vaster something, but is only a passing shadow, a mere hiccup in the greater scheme of things. This infinite sea of energy is not all that is enfolded in the implicate order. Because the implicate order is the foundation that has given birth to everything in our universe, at the very least it also contains every subatomic particle that has been or will be; every configuration of matter, energy, life, and consciousness that is possible, from quasars to the brain of Shakespeare, from the double helix, to the forces that control the sizes and shapes of galaxies. And even this is not all it may contain. Bohm concedes that there is no reason to believe the implicate order is the end of things. There may be other undreamed of orders beyond it, infinite stages of further development.”
― Michael Talbot, The Holographic Universe
1 likes
Like
“One experience that led Jung to this conclusion took place in 1906 and involved the hallucination of a young man suffering from paranoid schizophrenia. One day while making his rounds Jung found the young man standing at a window and staring up at the sun. The man was also moving his head from side to side in a curious manner. When Jung asked him what he was doing he explained that he was looking at the sun's penis, and when he moved his head from side to side, the sun's penis moved and caused the wind to blow. At the time Jung viewed the man's assertion as the product of a hallucination. But several years later he came across a translation of a two-thousand-year-old Persian religious text that changed his mind. The text consisted of a series of rituals and invocations designed to bring on visions. It described one of the visions and said that if the participant looked at the sun he would see a tube hanging down from it, and when the tube moved from side to side it would cause the wind to blow. Since circumstances made it extremely unlikely that the man had had contact with the text containing the ritual, Jung concluded that the man's vision was not simply a product of his unconscious mind, but had bubbled up from a deeper level, from the collective unconscious of the human race itself. Jung called such images archetypes and believed they were so ancient it's as if each of us has the memory of a two-million-year-old man lurking somewhere in the depths of our unconscious minds.”
― Michael Talbot, The Holographic Universe
1 likes
Like
“Although Jung's concept of a collective unconscious has had an enormous impact on psychology and is now embraced by untold thousands of psychologists and psychiatrists, our current understanding of the universe provides no mechanism for explaining its existence. The interconnectedness of all things predicted by the holographic model, however, does offer an explanation. In a universe in which all things are infinitely interconnected, all consciousnesses are also interconnected. Despite appearances, we are beings without borders. Or as Bohm puts it, "Deep down the consciousness of mankind is one. "1 If each of us has access to the unconscious knowledge of the entire human race, why aren't we all walking encyclopedias? Psychologist Robert M. Anderson, Jr., of the Rensselaer Polytechnic Institute in Troy, New York, believes it is because we are only able to tap into information in the implicate order that is directly relevant to our memories. Anderson calls this selective process personal resonance and likens it to the fact that a vibrating tuning fork will resonate with (or set up a vibration in) another tuning fork only if the second tuning fork possesses a similar structure, shape, and size. "Due to personal resonance, relatively few of the almost infinite variety of 'images' in the implicate holographic structure of the universe are available to an individual's personal consciousness, " says Anderson. "Thus, when enlightened persons glimpsed this unitive consciousness centuries ago, they did not write out relativity theory because they were not studying physics in a context similar to that in which Einstein studied physics.”
― Michael Talbot, The Holographic Universe
1 likes
Like
“Josephson believes Bohm's implicate order may someday even lead to the inclusion of God or Mind within the framework of science, an idea Josephson supports.”
― Michael Talbot, The Holographic Universe
1 likes
Like
“Pribram and Bohm Together

Considered together, Bohm and Pribram's theories provide a profound new way of looking at the world: Our brains mathematically construct objective reality by interpreting frequencies that are ultimately projections from another dimension, a deeper order of existence that is beyond both space and time: The brain is a hologram enfolded in a holographic universe.”
― Michael Talbot, The Holographic Universe

We’d love your help. Let us know what’s wrong with this preview of The Delicate Dependency by Michael Talbot.

Mysticism and the New Physics
283 ratings

We’d love your help. Let us know what’s wrong with this preview of The Bog by Michael Talbot.

Preview — The Bog by Michael Talbot 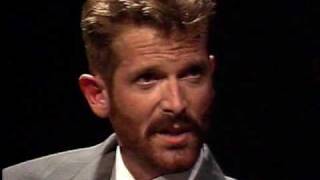